AND MAKING THEM GREEN 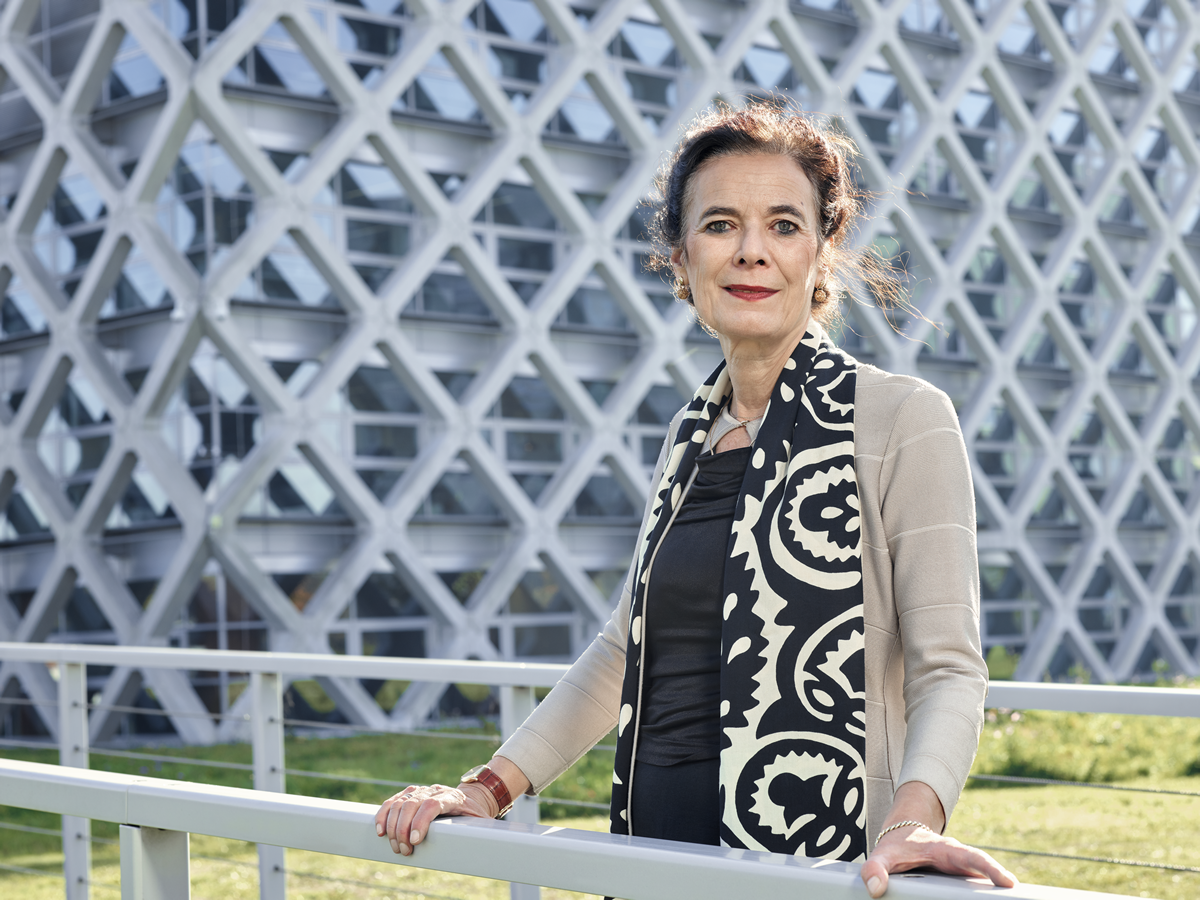 Human civilisation and its society on our planet is undergoing major transitions. The global population is still increasing, although there are regions were the increase is not only slowing down, but even a decrease is in sight. The continent with the fastest growing population in the decades to come is Africa. All over the globe people are moving to cities. In Asia huge megacities with over 10 million inhabitants are already no exception. Similar developments can be observed in Latin America and in Africa.

Urban middle classes in emerging economies are growing by about ten percent annually. Together these developments lead to an unprecedented growth in food demand and thus production in and near the urban areas. Paradoxical most urban areas were and still are created on the fertile land in the river deltas all over the world.

Not only the growing food demand pressures the food production, also its housing needs and infrastructure have a negative impact on het area available for food production.

Urbanization also creates a great number of challenges to secure a healthy living environment in the metropoles. Smog and dust are already threatening inhabitants in a lot of cities these days and insufficient sanitation and inadequate food chains may cause outbreaks of pandemics.

These interdependent challenges constitute the subject of the second issue of this book: to ensure food security in tomorrow’s cities. How and where will it be produced, stored, processed and transported, without great losses in both quantity and quality? Simultaneously, rural populations are decreasing in numbers and are aging. Harsh labour and lack of status of farming drive young people to the cities. To encounter these trends, we need a new generation of skilled agricultural entrepreneurs and modernized farming operations at an economically viable scale. Fortunately science and technology are advancing rapidly: especially sensor technology combined with ‘smart’ designed robot technology will definitely come up with solutions. Already drones and automated harvest techniques make life for the farmers easier to bear.

Agricultural and food sciences are shifting their attention from rural areas to cities, because the challenges intertwine. We already have ways, methods and systems to ensure healthy food security in the near and further future. But we must develop new and more sustainable agricultural practices and implement them in our societies. Wageningen UR, as one of the leading institutes in the field, is ready to share its insights. I hope the second issue of this book will contribute to the awareness of the great importance of the issue of how to feed tomorrows cities.

Amsterdam is located in a fertile river delta, open to a densely populated “hinterland” and the trade routes overseas. The city has traditionally been a supplier of food, foodstuff, plants and flowers. Not just nationally but also to its European neighbours and increasingly to other continents.

However, a growing awareness has risen that our current food system is far from sustainable and just. In order to fight global warming (and meet the objectives of the Paris climate agreement), a food transition is needed. Many of the UN Sustainable Development Goals have an direct link to food.

The failings of the current food system that emerge in the form of soil degradation, loss of biodiversity, health problems, extensive food waste and social injustice increasingly play out on an urban scale. Emissions caused by the food system contribute almost 30% of global greenhouse gas emissions. A change is needed to decrease our consumption of animal proteins, to diminish the many ‘food kilometers’ of our meals and the amount of food that is wasted. A shorter food supply chain, where food produced in the region finds a market in the city and organic waste streams are locally reused.

Local initiatives, social entrepreneurs, civil society organizations and individuals form networks and communities on topics like urban farming, reclaiming food waste and marketing locally produced food. Entrepreneurship, innovation and cooperation are the keywords. They are often working together with the municipality and knowledge institutes, like AMS institute, where technological Institutes from Wageningen, Delft and Massachusetts (MIT) combine forces. Through its triple helix approach and the concept of ‘Living Labs’ cities like Amsterdam can become a testing ground for new concepts that can enhance quality of life and the sustainability of metropolises across the world. In the project Rumore AMS and many other local parties and innovative SME’s work together on the transition to a more circular agri-food chain, upworthing organic waste streams and creating a market for the consumption of new plant-base proteins.

In 2015, The Milan Food Policy Pact was signed by my predecessor Eberhard van der Laan. In this pact many of the issues on sustainability and social justice mentioned are addressed and I fully subscribe them. Also Amsterdam’s membership of the C-40 group of world prominent cities provides us the possibility to share our experience with many partners abroad. 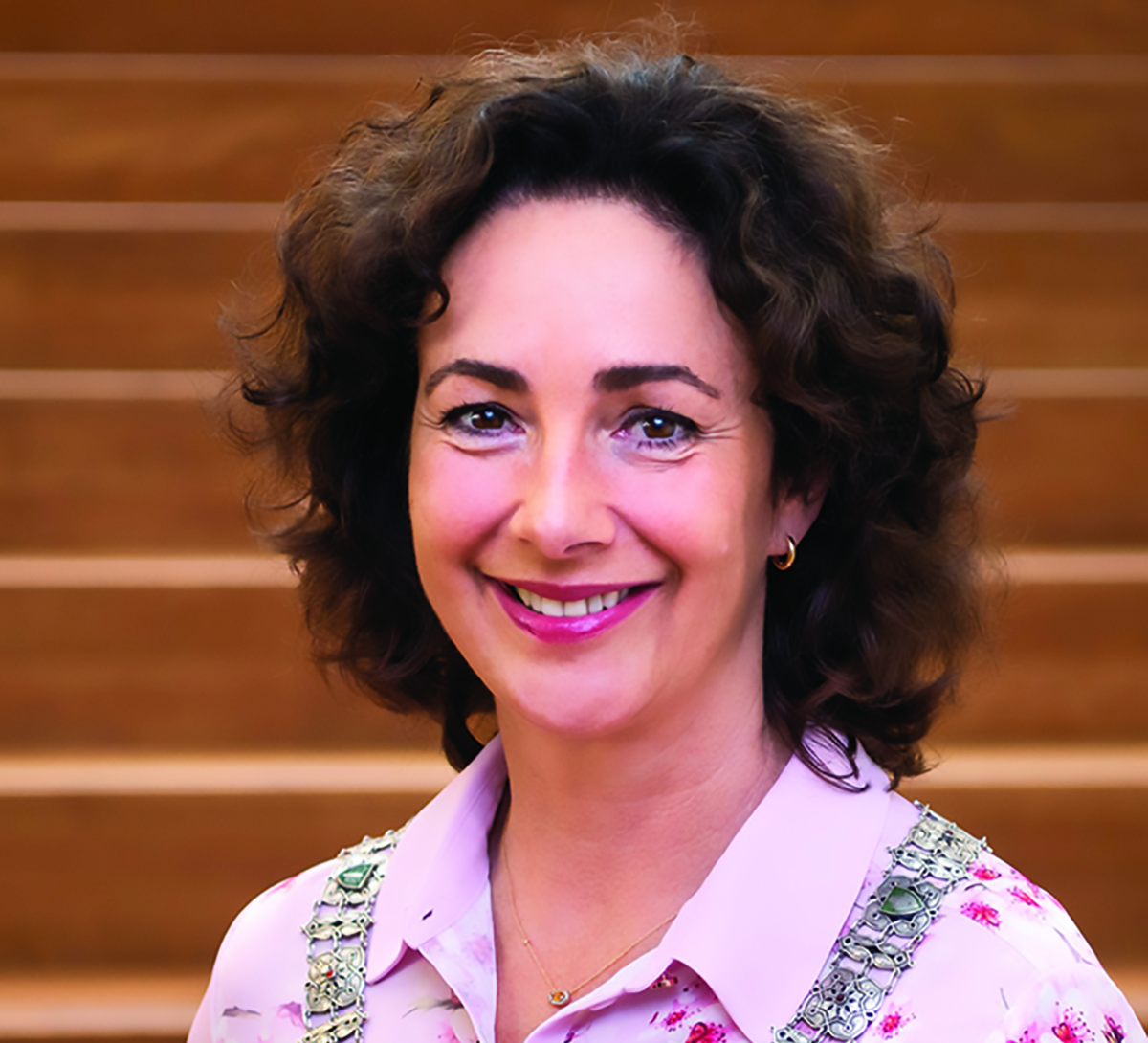 But in the end we have to remember that food is also culture, enjoyment, diversity, inspiration. Feeding tomorrow’s cities is a challenge we have to face together, as a society. On an urban, national and global level. I hope that the joining of forces in this book will contribute to a necessary transition to a more sustainable, circular and healthy food system.

In the next chapter several authors describe the current state of affairs. Some look ahead, some even far. The overview shows that the challenges for the agro and food sector at present are already considerable. And it is safe to say that they will only increase in the decades to come.

Indeed, feeding tomorrow’s cities is a complex and formidable task. Policy making will help but can hardly provide the real life solutions by itself. At best create conditions for them. For that purpose it will draw on science and rely on enterprise to respond to new opportunities. It is for that reason that in this book insights were collected from both quarters.

Some 15 contributors from the world of science or applied knowledge helped to sketch the problems the world is facing; the “demand for soluti ons”. The “supply” was solicited from Dutch enterprises and educational insti tuti ons conscious of the challenge of mega-city food supply. They have been asked to think ahead and conceive how their potential could help supply answers. There too the response has been more than encouraging. Some 60 companies and organizati ons present their potential. It ranges from genetics, breeding and cultivation, via handling, processing, packaging and storage to trade, urban planning, finance and education.

With the overview that follows, of challenges and responses, this publication wishes to highlight the importance of an integrated approach. For science this means taking into account all relevant angles. For enterprise how to cooperate in the chain. In the end this country, its companies, schools and scientific institutes can best jointly make a difference in the feeding of tomorrow’s cities.

The history and geographical location of the Netherlands has led to the success of its food system.

Cooperation and co-creation are deeply rooted in Dutch history. The geographical situation of our country is part of the explanation for this attitude. The Netherlands – or Low Countries – can be seen as a densely populated smaller size state. Zoomed out, its appearance is that of a sprawling city, interspersed with water and intensively used “green”. Its position in the delta of the Rhine, Meuse and Scheldt rivers provided good connections to both open sea and the hinterland and enabled early development of international transport and trade.

These production regions had to deal with a growing population and with limited space. Over the years, therefore, an intensive and efficient type of agriculture developed. A common feature for the different disciplines involved was to aim at adding value. This enabled substantial agricultural exports: pig, veal and poultry meat, dairy products, genetic material, vegetables, flowers and potted plants. In 2016 these exports added up to over 85 billion Euros, 1/5 of total Dutch exports.

The equipment that the system’s efficiency required has in the meantime also become an export commodity by itself. In 2016 the exports of agro-related machinery – for production, preservation, processing and transportation – added up to over 13 billion Euros.

So, the relative disadvantage of a small size country in a risky delta region turned into a driver of agricultural success. How did this happen? 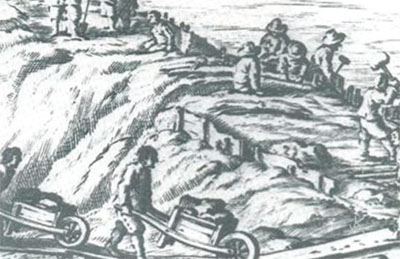 Since the Middle Ages the Netherlands have had to face the fact that the sea threatened large parts of the country. Regional Water Boards were set up to deal with all aspects water management. Consensus building was a prime requirement and later became known as the ‘Polder model’.

Cooperation is also paramount in the development of the Dutch agro and food system. Investments in infrastructure and education, two essential elements of modern agriculture, often are generated by publicprivate partnership.

A “Golden Triangle” cooperation of companies, research and government has been set up to drive knowledge creation and innovation. 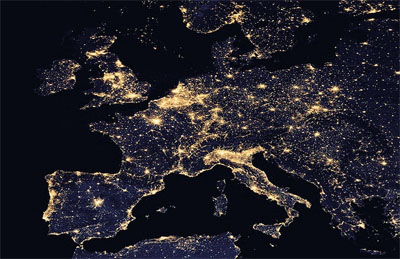 The Netherlands is part of the larger Northwest European Delta region. Apart from the cost of keeping “dry feet”, Dutch agriculture has substantially benefitted from this position. Access to open sea on one hand and to the Rhine and Meuse rivers on the other, providing links to a densely populated ‘hinterland’ put the country right at the nexus of important trade routes.

Most food related trade develops within a circle of approximately 300 km. radius. This comprises the densely populated area between London, Paris and the Ruhr region. Both the port of Rotterdam and the productive agricultural sector helped the Netherlands to a pole position in the vast Northwest European Delta region. 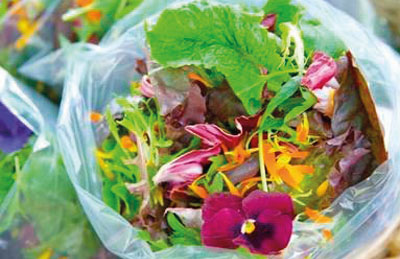 Since the start of modern agriculture, the Netherlands has consistently opted for an open economy. Unlike most of its neighbors it did not close its borders in the event of crisis. This choice left no alternative but to go for continuous innovation to stay ahead of the pack.

This strategy worked out well. Publicly funded research and education, combined with a willingness to share knowledge within producer organizations generated innovation leads. Healthy competition in processing and distribution made the system robust. Continuous innovation did not only lead to ‘doing things better’ but moreover to ‘doing better things’; in short to a rather unique agro and food system.

Create more than the sum of the parts 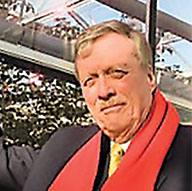 Feeding tomorrow’s cites is a a complex challenge. Numerous trends have an inﬂuence on producton, processing, transport and marketing of daily food in the expanding urban regions. Addressing merely one of them will most likely have an unwanted adverse eﬀect. If only atention is paid to – for example – food availability, what will become of quality, water and energy use, infrastructural complexites or equal access?
Just to name a few.

We need to take all those aspects into account if we want to improve the A&F system. The overview of the challenges presented in this publicaton is far from complete. But even this selecton shows that we must have our antennae out for the developments that may have a positive impact. This in itself is already a thoughtprovoking assignment.

But just adding up parts is probably not enough. We are dealing with an A&F system.
So, the real challenge is to transform these essential parts into something that is more
than just the sum of them. And also here the way forward is to start collaboratons between stakeholders. To compare experiences, to have disciplines interact. Together they can create, innovate and try to provide answers and solutons that neither of them can do by themselves.

With this publicaton we hope to have helped, perhaps only modestly, to push in this directon. It will take many more eﬀorts to get closer. Feeding tomorrow’s cites is a cause that certainly deserves it.

We use cookies to ensure that we give you the best experience on our website. If you continue to use this site we will assume that you are happy with it.OkNo